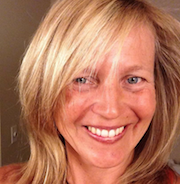 Margot is a professor in the Department of Energy Resources Engineering at Stanford University, interested in computer simulation and mathematical analysis of engineering processes. From 2010 to 2018, she directed the Institute for Computational and Mathematical Engineering. Since 2015, she has served as the Senior Associate Dean for Educational Affairs in the School of Earth, Energy and Environmental Sciences, also at Stanford. She also directed the MS degree track in Data Science, and she is the cofounder and co-director of the Women in Data Science (WiDS) conference.

She specializes in renewable and fossil energy production and is also active in coastal ocean dynamics and yacht design, as well as several areas in computational mathematics including search algorithm design and matrix computations.

Born and raised in the Netherlands, Margot earned her master of science degree in applied mathematics at the University of Delft, and in 1996 earned her doctorate in Scientific Computing and Computational Mathematics at Stanford University. Before returning to Stanford in 2001, she spent nearly five years in Auckland, New Zealand, as a faculty member in the Department of Engineering Science. In 2018 she was named an honorary doctor at Uppsala University by the Faculty of Science and Technology.

Margot joined the HRDAG Advisory Board in the spring of 2019.