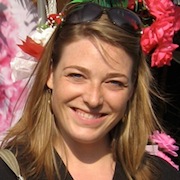 Kristen Cibelli is a survey methodologist and field consultant to HRDAG. From 2004 to 2009, she worked in various capacities at the Benetech Human Rights Program assisting advocates in the collection, secure management, and analysis of data about human rights abuses. She advised partners, including truth commissions, human rights commissions, the United Nations and NGOs in countries including Sierra Leone, Liberia, Nigeria, Thailand (with groups in exile from Burma), Ivory Coast, Uganda and Chad. Her work also included training and advising partners in the use of Martus, Analyzer and data analysis in the human rights field. Kristen helped guide the development of Martus and Analyzer software, managing the needs of field users and setting priorities with data processing and software engineers.

Kristen worked as an intern with the Human Rights Data Analysis Group (HRDAG) at the American Association for the Advancement of Science (AAAS) for six months before the group joined Benetech. During this time she participated in data projects including Chad and Sierra Leone and co-authored the HRDAG report on Chad.