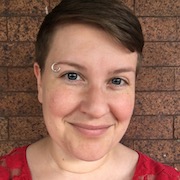 Amelia Hoover Green is a field consultant to HRDAG and an Associate Professor in the Department of History and Politics at Drexel University. She began work for HRDAG in January 2007, continued as the 2007-2008 Research Fellow, and has been closely involved with a number of HRDAG projects since that time. Her HRDAG work includes data analysis and writing on Kosovo, Colombia and Liberia, among other projects. With Francoise Roth and Tamy Guberek, she co-authored the volume Using Quantitative Data to Assess Conflict-Related Sexual Violence in Colombia (2011). In 2019, she co-authored, with Patrick Ball, the first rigorous estimate of civilian killings and disappearances during the civil war in El Salvador.

In addition, Amelia has been closely involved with projects to bridge the academy/advocacy divide. Her 2018 book The Commander’s Dilemma (Cornell University Press) is among the first political science books relying on multiple systems estimation. Substantively, The Commander’s Dilemma explores the effects of armed group institutions for ideological indoctrination, discipline and socialization on patterns of violence against noncombatants in El Salvador, among other conflicts. Amelia also has written extensively on the implications of undercounting casualties for political science findings.

Amelia received her doctorate in political science from Yale University in 2011. You may find her on Twitter @HooverGreen.