Reflections: A Meaningful Partnership between HRDAG and Benetech 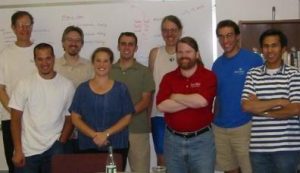 I joined the Benetech Human Rights Program at essentially the same time that HRDAG did, coming to Benetech from years of analyzing data for large companies in the transportation, hospitality and retail industries. But the data that HRDAG dealt with was not like the data I was familiar with, and I was fascinated to learn about how they used the data to determine “who did what to whom.” Although some of the methodologies were similar to what I had experience with in the for-profit sector, the goals and beneficiaries of the analyses were very different.

At Benetech, I was initially predominantly focused on product management for Martus, a free and open-source tool that allows human rights defenders, advocates, researchers and others around the world to  securely document whatever awful events had happened (or were still happening) where they lived. But my interactions with HRDAG and the analytical work they did for human rights groups and truth commissions gave me even more insight into and a larger context for why human rights data collection is so important.

Some of the things we taught field partners to think about for their Martus reporting came directly from HRDAG’s core concepts: understanding how to carefully define violations; not making the mistake of assuming that your data are representative of the what actually happened; realizing that you may have multiple reports of the same event or person that you should be careful not to double-count (cf. de-duplication); and more. HRDAG trained the Martus team to train others on what they should and shouldn’t say about their human rights data.

One of the longest partnerships we had was with a group of Burmese NGOs who were documenting a variety of different human rights violations, and through that work they were collaborating and sharing data, which is quite rare in this space. In addition to working with them on securing their data using Martus, and training them on digital security more broadly, we also worked with them on assessing and improving the quality of their data to use in policy and advocacy reports, with guidance from HRDAG.

Over the 10+ years I worked with the Benetech Human Rights Program (starting at the end of 2003), and across several roles (Product Manager, Operations Manager, Program Manager, Director) I saw the program grow both in terms of the size of the team, and the countries and human rights issues we addressed. I saw how new statisticians were trained in HRDAG methods. I learned about localization and the challenges of working with translated software and data in numerous “hard” languages and fonts. I gained appreciation of the many difficult contexts our partners in the field had to deal with, and worried about whether the work we did (via the software that kept their data and by extension themselves safe, and the analyses that showed patterns of violence or command responsibility) would be enough to help make a difference.

One of the projects I am most proud of was being involved in HRDAG’s work with the National Police Archive (AHPN) in Guatemala, where we customized Martus to back up sampled data from the tens of millions of pieces of paper that documented decades of actions by the national police. HRDAG’s analysis of that data was part of evidence that led to arrests and trials of several members of the police force, including going up the chain of command to former National Police Director Col. Héctor Bol de la Cruz, who was found guilty in September, 2013.

That was a good year for convicting war criminals in Guatemala. Earlier that year, on May 10, 2013, news came in that Gen. Jose Efraín Ríos Montt had been convicted of genocide and crimes against humanity. The Ríos Montt case was a project that HRDAG had been working on for some time, and I will always remember where I was (in the middle of interviewing someone) when I learned of the verdict. My interviewee got to see firsthand the impact and emotion of what working in the human rights space was like for me, more than anyone else I’ve interviewed!  I had tears in my eyes as I thought, ‘This is why we do what we do and work where we work.”