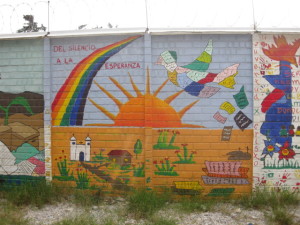 I’ve been working with various projects in Guatemala to document mass violence since 1993, so in 2011, when Claudia Paz y Paz asked me to revisit the analysis I did for the Commission for Historical Clarification examining the differential mortality rates due to homicide for indigenous and non-indigenous people in the Ixil region, I was delighted. We have far better data processing and statistical methods than we had in 1998, plus much more data. I think the resulting analysis is a conservative lower bound on total homicides of indigenous people. (The estimate of total non-indigenous people is less conservative; I’ll explain the difference soon. See the next paragraph for timing.) My HRDAG colleagues and I are proud that Judge Barrios cited the statistical findings in her conclusions during yesterday’s reading of the verdict. This New York Times article covers the outcome.

Over the next few days, we will post here the original expert report we submitted to the court, as well as the slides I presented during my testimony. I will present several versions of this analysis in public talks in the next few weeks, including one at the Latin American Studies Association (LASA) meetings in Washington, DC, on May 30. After the LASA meeting, I’ll post that paper here, as well.

I want to thank my many friends and colleagues, internationals and Guatemalans, who have helped with the data work—and with the many projects more broadly promoting human rights over the last twenty years. Today we can celebrate a victory for justice, a moment that honors the memory of the victims and gives us hope for a future without violence.