Reflections: Some Stories Shape You 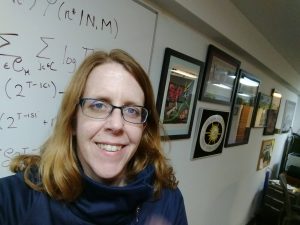 The first time I met anyone at HRDAG, I was a journalist. It was 2006. I was working on a story about a graduate student at Carnegie Mellon who’d collaborated with the organization on a survey in Sierra Leone, and I contacted Patrick Ball to discuss the work. At the time, I found him challenging.

But I thought his work—trying to estimate how many people were killed, or, in that study, otherwise injured, during wars—was fascinating. Over the next few years, I got to know other researchers working on similar questions. In 2008, as the war in Iraq ramped up, I spoke with epidemiologists from Johns Hopkins University, the World Health Organization, and a demographer from FAFO, a research organization in Norway, who’d surveyed mortality among the Iraqi population. I knew Patrick and his colleagues primarily used different methods. While I came to the organization through a survey, HRDAG is best known for work that combines existing datasets, such as testimonials collected by human rights organizations, for other purposes. But they were after the same question: how many people are dying?

At first, it surprised me that that was a hard question to answer. After all, death seems like an eminently countable event. There’s no fuzziness to the definition, and each death leaves a clear marker: a body. In developed countries in peace time, the death toll in any given year is known almost exactly. The United States maintains a national death index that centralizes information in state vital statistics offices—researchers sometimes use this to confirm whether study participants who’ve gone missing are still alive. However, many countries still lack complete vital registration systems. The World Health Organization estimates that two-thirds of all deaths that occur around the world each year are not registered. In many countries, surveys are used to estimate population mortality every few years. (For example, Demographic and Health Surveys.)

During a war, even developed countries lose the ability to accurately count deaths; maintaining a functioning vital statistics office is hard when a city is under siege. Conducting surveys in those times is hard, as well, but some researchers do pull it off. Patrick’s work took a different tack. He leveraged data that had already been collected for other purposes. By looking at overlap between lists of deaths collected by different groups, he estimated the number of deaths not recorded by anyone.

When I met Patrick, I didn’t really understand how those methods worked, and I was more interested in surveys anyway. In fact, in 2010, I went back to school to get a masters degree in public health—with a goal of better understanding survey work and analysis. And then, during the spring of 2011, I ran into a professor I’d interviewed way back when I was doing the story where I met Patrick. Almost literally—I practically bumped into him on the way into a talk at Berkeley. And at that talk he introduced me to Megan Price, who had come on as the director of research for HRDAG when it launched as an independent organization in 2013 (and who has since become executive director). After finishing my masters, I stayed on at Berkeley for a doctorate, and I convinced Megan and Patrick to let me work with them on my thesis.

It was, as they say, the beginning of a beautiful friendship. Two friendships, actually. Patrick and I ended up having more in common—including our curmudgeonly tendencies—than I’d initially recognized back in 2006. And Megan, despite being a decade younger than me, was a perfect mentor for a neurotic beginning statistician. I started commuting from Berkeley into San Francisco a couple days a week just to work in their office. Part of my thesis involved an analysis of their data; all of it benefited from long conversations in that building. In 2016, I finished my doctorate, but I count myself lucky to continue projects with both.

I’m now at the Carnegie Mellon University Center for Human Rights Science, where I’m both continuing my own research and working to build a program on statistics and human rights. Toward the first goal, I’m about to get Patrick a version of a dataset we need for an analysis. (Soon, really, I promise!) And toward the second, I’m working with Megan on the American Statistical Association Committee on Scientific Freedom and Human Rights, and we’re writing a book that will come out in 2018. The book highlights statistical investigations of a broad range of human rights abuses. As we are being reminded on a daily basis lately, human rights abuses can take a range of forms and occur in peacetime as well as conflict. Through the book and other projects, we hope to build a community that thinks both broadly and deeply about these problems, the challenges in measuring them, and how careful analyses can spur change.