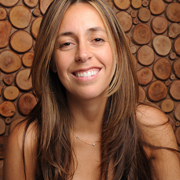 Tamy Guberek is a historical analyst and consultant to HRDAG. She bridges quantitative analysis of human rights violations with historical interpretation about the local context and the sources of data. Between 2004 and 2010, Tamy served as the Latin America Coordinator to HRDAG. In Guatemala, she led HRDAG’s collaboration with Historical Archive of the Guatemalan National Police, working closely with them on their statistical sampling of the cache of records. (Publications, 2009.) In Colombia, she supported Colombian NGOs with their information systems and data analysis projects about human rights crimes. She also collaborated on multiple analyses about violent deaths, forced disappearances and union-related violence. Tamy also led HRDAG’s on-the-ground examination of Colombian data about conflict-related sexual violence. From 1999 to 2000, Tamy co-led a national survey of NGOs in Bosnia and Herzegovina, investigating their perceptions and the impact at the time of the International Criminal Tribunal for the Former Yugoslavia on local communities.