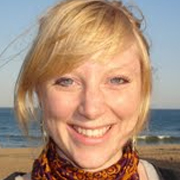 As a field consultant for HRDAG, Anita Gohdes has conducted research on estimating casualties in conflict, the challenges and biases of convenience samples, and analyzing trends in conflict-related violence. She has also provided statistical analysis on human rights violations in Iran and contributed toward a baseline study on violations committed against Mexican agricultural guest workers in the United States. She is currently working with Megan Price and Patrick Ball on estimating conflict fatalities in the Syrian civil war. She contributed toward a report published in 2014  by the UN Human Rights Office on documented killings in the Syrian Arab Republic, as well as a report on Deaths in Detention in the Syrian Arab Republic for Amnesty International in 2016. Anita is Professor of International and Cyber Security at the Hertie School in Berlin. Prior to that she was Assistant Professor of International Relations at the University of Zurich (Switzerland), and a joint fellow at the Belfer Center’s International Security Program and the Women and Public Policy Program at the Harvard Kennedy School of Government. Her work focuses on political violence, state repression, and the relationship between digital technology and conflict. Her doctoral dissertation, for which she was awarded the German Dissertation Prize and the Walter Isard Award, theoretically and empirically investigated the way in which governments use digital communication technology to inform their strategies of violent repression.Anita earned a PhD in Political Science from the University of Mannheim (Germany), an M.Sc. from the University of Essex (UK), and a B.A. from the University of Konstanz (Germany).