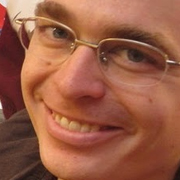 Jeff Klingner is a computer scientist and consultant for HRDAG, and he has collaborated with the organization since 2005. He performed data analysis and created visualizations of document flow within the Chadian government in the 1980s, establishing that the president of Chad was in control of the country’s secret police and was well-informed of hundreds of deaths that occurred in police prisons.

He implemented data-cleaning and conducted analysis of several sources of data collected by Ensaaf in Punjab, India, establishing verifiable quantitative findings on mass disappearances and extrajudicial executions during the Sikh uprising and resultant police and army crackdown of 1984–1995.

Jeff designed and wrote a machine-learning software package for de-duplicating and merging lists of violent deaths and other human rights violations. HRDAG has applied this technology to many analyses, including its work in Colombia, El Salvador, Liberia, Sierra Leone, and Syria.

He earned a doctorate in computer science at Stanford University, where he received a National Science Foundation graduate research fellowship.