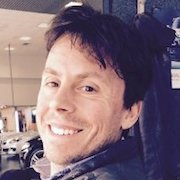 James is a Stein Fellow/Lecturer in the department of statistics at Stanford University. He received his MS in statistics from Duke in 2012, and a BA in chemistry from Amherst College in 2003. He is a statistical consultant/adviser for several technology companies. Previously, James was a consultant at NERA Economic Consulting and a research technician at UCSF and Fred Hutchinson Cancer Research Center.