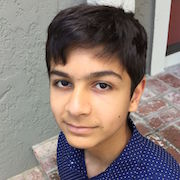 Gus joined HRDAG as an intern, and worked as a Junior Data Scientist & On-Boarding Manager in 2018.

As a data scientist, Gus has worked on human rights data projects connected with the Colombian peace process, the Guatemalan civil war, and criminal justice in the United States.

As manager of on-boarding, he developed a curriculum and has brought new employees, fellows, and interns up to speed. This includes training on the HRDAG systems, data processing standards and best practices, and technical tools including Unix commands, the Python programming language, the vim editor, bash shell, and git version control.

Gus graduated from Crystal Springs Uplands school and worked for HRDAG during the summers and part-time during the school year.

Gus is on LinkedIn. Gus’s 2017 reflection: A Newcomer’s Perspective on HRDAG Systems