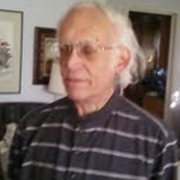 Gary Shapiro has worked with HRDAG since about 2008, and he has spent most of his career at the U. S. Census Bureau, where for much of the time he had responsibility for sample design, weighting and variance estimation for all the household and demographic surveys conducted by the Bureau. For 13 years he was a Senior Statistician at Westat, where he was responsible for sample design, weighting, and variance estimation for a range of surveys, mostly conducted for the national government. The types of surveys he was most involved in relate to pre-school education and vehicle seat belt use.

He has been retired since 2009, during which time he has been involved as Founder, Chair, Co-Chair, and Past Chair of Statistics Without Borders.

Gary has a master’s degree in statistics at North Carolina State University.