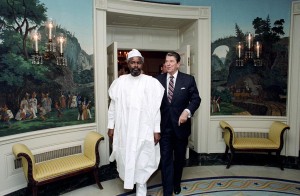 Three months after the announcement of the momentous verdict finding former Chadian president Hissène Habré guilty of crimes against humanity, the presiding judges have released the full, written 681-page judgment of the court. Testimony given by HRDAG’s director of research, Patrick Ball, is mentioned at three points in the verdict.

The judges included in their written judgment the HRDAG analysis that the mortality rate in Habré prisons was staggeringly high—much higher than the mortality rate among the population as a whole. Here’s an excerpt from the judgment, page 358 (translated by Google):

The statistical expert, Patrick Ball, has also concluded that mortality in DDS prisons September 1985 through January 1987 was “hundreds of times higher than normal mortality of adult men in Chad during the same period” and “substantially higher than those of the worst twentieth century prisoner of war contexts,” such as German prisoners of war & terms in Soviet prisons … [The findings] “invalidate the contention of the Defense that the detainees were receiving comparable treatment to the usual living conditions of the civilian population.

Patrick delivered his expert testimony a year ago, in September 2015, in Dakar, Senegal, at the Extraordinary African Chambers, which was inaugurated by Senegal and the African Union specifically to try Habré. On 30 May, 2016, the court announced its verdict.

HRDAG’s engagement with this effort began in 2002 when Human Rights Watch asked us to analyze thousands of files found by chance at an abandoned DDS headquarters in N’Djamena, the Chadian capital. (DDS is the Documentation and Security Directorate, the state security force that pursued political opponents and operated notorious prisons during Habré’s regime. The analysis concluded with several findings that implicated Habré in knowing about and failing to stop crimes from being committed. On its worst day in the time period for which data were analyzed, the mortality rate was 2.37 deaths per 100 prisoners. During a nine-month period in 1986-1987, the mortality rate in Habré’s prisons was higher than that of US POWs in Japanese custody during World War II.