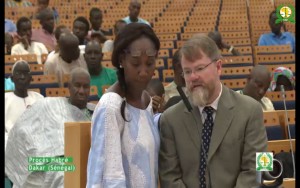 Today we’re very pleased to hear of the verdict finding Hissène Habré guilty of crimes against humanity. Habré, president of Chad from 1982 to 1990, has been sentenced to life in prison in Dakar, Senegal, where he was tried. He is the first former head of state to be tried and found guilty of crimes against humanity in one country (Chad) by the courts of another country (Senegal).  Here’s more on the verdict from The Guardian.

The verdict resonates especially with HRDAG because of our role in the trial. In September 2015, director of research Patrick Ball testified as an expert witness about the very high rates of prison mortality in Habré’s prisons during his reign. Here’s more on Patrick’s testimony.

“This is a very big moment,” said Patrick. “We welcome the verdict and look forward to hearing more about the judges’ reasoning.”

We congratulate the victims and advocates who have struggled for justice for more than 25 years and will provide updates when there are more details from the judges’ written statement.