Analysis of Homicide Patterns in Colombia 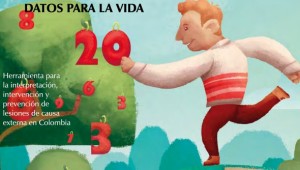 This publication—and publications to follow—draws on analysis that involved merging five lists, de-duplicating victim records, and estimating the number of unobserved homicides. The five lists were made available to the UN by the National Police, the Attorney General’s Office, the National Institute of Forensic Medicine, the Vice-President’s Human Rights Observatory (all four of them governmental sources), and the Colombian Commission of Jurists (a non-governmental source). We will publish the estimates file in a few weeks, and a longer scientific article later this year. The recorded and estimated homicides include all homicides in Colombia, including homicides related and unrelated to the various illegal armed groups and security forces.

The estimates were generated with our R package, which we’re calling dga for “decomposable graphs approach,” and which performs Bayesian model averaging for MSE package (see this blogpost by Kristian Lum). For more insight into the “dark figure” of crime in general, and homicides in particular, check out this article by Megan Price and Patrick Ball, “The Limits of Observation for Understanding Mass Violence,” published this year in the Canadian Journal of Law and Society.

Some of the findings regarding the Colombia data change the interpretation of past patterns of violence. We look forward to analysis reinterpreting the impact of the many policies aimed at reducing violence with this new information about total recorded and unrecorded homicides.

HRDAG plans to continue its work with Michael Reed Hurtado, the UN, and Colombian analysts to arrive at best uses for the estimates of unobserved homicides.