Update of Iraq and Syria Data in New Paper 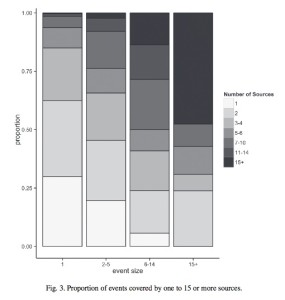 HRDAG believes that the concerns highlighted by these examples are important for a wide variety of audiences, including both the foreign policy readers reached by The SAIS Review and the international statisticians reached by IOAS’s Journal.

This article integrates the correction and update of the analysis of event size bias in the Iraq Body Count database that was discussed in detail in a blogpost in November 2014. The updated Syria example also includes additional background information and a deeper contextual consideration of that ongoing conflict.