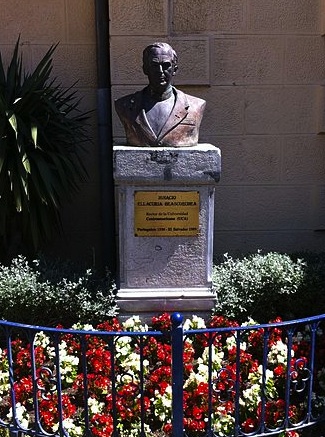 Almost a quarter century ago, on November 16, 1989, six Jesuit scholars, their housekeeper and her 15-year-old daughter were massacred inside the University of Central America (UCA) in San Salvador, El Salvador. Their chief target was the rector of the country’s leading university. The murders were carried out by members of the elite Atlacatl Battalion, acting on the direct orders of the highest-ranking members of the Salvadoran military. The United Nations–sponsored Truth Commission for El Salvador found that members of the Salvadoran military’s high command “gave…the order to kill Father Ignacio Ellacuría and to leave no witnesses.” (Discussion of the Jesuit case begins on page 38 of the UN Truth Commission report.)

Yet, until very recently, none of the colonels who ordered the massacre had been called to account. A 1990 trial suppressed evidence of the high command’s involvement; two lower-level officers were convicted, but were soon freed under the amnesty law enacted at the close of the Salvadoran civil war. Efforts to hold further trials in El Salvador were unsuccessful, but trials elsewhere slowly moved forward. Recently, HRDAG has worked with a Department of Justice expert witness to provide key evidence in the sentencing phase of one such trial.

The San Francisco–based Center for Justice and Accountability (CJA), with its Spanish partner organization Asociación Pro Derechos Humanos de España (APDHE), initiated legal proceedings in Spain in 2008, with the goal of bringing the officers responsible for the Jesuit massacre to trial. (Most of the priests were both Spanish and Salvadoran citizens; the push for a trial was supported by family members of some of the slain priests.) In early 2009, the Spanish National Court, responding to the CJA/APDHE complaint, charged 14 Salvadoran ex-officers and soldiers with crimes against humanity and state terrorism, including top members of the high command. In May 2011, the Spanish National Court issued a detailed indictment and international arrest warrants.

One of those indicted, former Vice Minister of Public Security Colonel Inocente Orlando Montano, was discovered living illegally in the U.S., having lied about both the date of his entry and his service in the Salvadoran armed forces. American authorities arrested Montano, and he pleaded guilty to both perjury and immigration fraud in December 2012. In order to demonstrate that some of Colonel Montano’s lies represented efforts to hide his involvement in human rights abuses—particularly the Jesuit murders—the Department of Justice’s expert witness for Montano’s criminal case, Professor Terry Lynn Karl (the Gildred Professor of Latin American Studies and Professor of Political Science at Stanford University) sought to build a human rights profile of Montano’s career.

Our Work and its Impact

To assist Professor Karl with the human rights profile, HRDAG field consultant Amelia Hoover Green and executive director Patrick Ball compiled a list of violations committed by Salvadoran military units under Montano’s control between 1980 and 1992, using data from two sources—the non-governmental Commission for Human Rights of El Salvador (CDHES), and a database compiled by El Rescate, a Los Angeles-based NGO. We discovered over 1,000 cases of detention, torture, disappearance and murder attributed to units under Montano’s control.

Despite (or perhaps because of) its simplicity, the data on abuses by troops under Colonel Montano’s command—66 pages of tiny print, divided into neat rows and columns—drives home the magnitude of the atrocities committed on Montano’s watch—particularly when we consider the fact that only a fraction of the atrocities committed during the war were reported in any data source.

Professor Karl’s testimony, supported by Karl’s decades of qualitative research and by our data collection, was submitted at Montano’s sentencing hearing in January 2013. U.S. District Judge Douglas Woodlock postponed sentencing. However, Judge Woodlock stated specifically that—if Karl’s report was not demonstrated to be false—he would consider departing from sentencing guidelines, handing down a more severe sentence that considers Montano’s human rights record and its relationship to perjury and fraud. If Colonel Montano receives an enhanced sentence, he would be the first member of the Salvadoran armed forces high command ever to go to jail for reasons related to human rights abuses.

The Montano prosecution is big news in El Salvador, where coverage of the trial has focused on Karl’s expert testimony and the role of our analysis—and where memories of both the martyred Jesuits and the thousands of others killed in the civil war are still fresh.

More on the Data

Both CDHES and El Rescate data used in the Montano trial have supported accountability processes in the past: CDHES data were coded from the organization’s case files at the close of the conflict (1992-93); Patrick Ball designed the database and assisted with the coding and analysis process. El Rescate data were compiled from the legal aid arm of the Archbishopric of San Salvador, also at the close of the conflict. El Rescate’s Index to Accountability provided key evidence in the process that removed many Salvadoran human rights violators from their positions in the military. In addition, both data sources were submitted to El Salvador’s Truth Commission.

Our new analysis of violence attributed to former Colonel Montano’s troops is simple but powerful. After merging the CDHES and Rescate data, we filtered for specific violations, then listed each reported violation with the victim’s name, the violation type, the date and location, the military unit alleged to have perpetrated the crime, and document references. This list represents a minimum number of violations by Montano-commanded groups, since—particularly during the early years of the Salvadoran civil war—many episodes of violence against civilians were not reported to any source. (For more information on the incompleteness of lists of human rights violations, see our Core Concepts page.)

In addition to our work on the Montano trial and sentencing, we are now at work on a more complex analysis of deaths during the Salvadoran war, a project that aims to provide the first statistically defensible estimate of mortality due to killings and disappearances during the 1980-1992 war. The simple, stark evidence presented in Montano’s case contrasts the methodological complexity of our forthcoming multiple systems estimate. But each plays an important role in shedding light on violence in El Salvador—even a quarter century later.