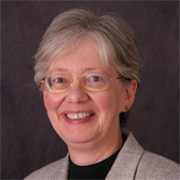 As senior statistician at NORC, University of Chicago, Susan Hinkins is currently the project director for a project with FDA to develop the capability of blood centers to rapidly assess, quantify and reduce risks to blood safety due to emerging or pandemic agents, or bioterrorism.  She is also a member of the team responsible for quantifying the re-identification risk when releasing public use files based on Medicare Claims micro-data.  Previously she managed the National Frame project, a representative sample of U.S. households used for many surveys. From 2002 until the project was completed in 2010, she was the project manager for the historical accounting of the Individual Indian Money accounts, Department of the Interior; the historical accounting provided the trust fund beneficiaries with information that would allow them to ascertain whether the Secretary had faithfully fulfilled the trust.

From 1998 to 2001, Susan was a manager in the Quantitative Economics and Statistics Group at Ernst & Young, LLP, where she was a member of the team that developed statistical procedures to test for differences of service in the telecommunications industry, in order to satisfy requirements of Public Service Commissions. From 1981 to 1998, she was a mathematical statistician with the Internal Revenue Service (IRS) Statistics of Income Division, where her projects included: responsibility for calculating advance estimates, before the sample was complete; devising re-sampling methods for variance estimation that would be more accessible for users; developing a double sampling procedure where the uncollected information was estimated using a hot deck multiple imputation technique.  Susan also worked with the U.S. Environmental Protection Agency, where she coordinated a study to compare the reliability and validity of different methods for measuring the level of radon and radon daughters in homes.

She has published papers in Survey Methodology, in particular coauthoring a paper proposing a new re-sampling technique to generate simple random samples from complex sample structures. She has made many presentations at the Joint Statistical Meetings, and published papers in the Proceedings, primarily on topics of missing data methods and re-sampling techniques. Outside of her employment, she has been a volunteer reviewer of designs for evaluation of programs to reduce food insecurity; she was a member of a pro bono IRS team advising the South African Finance Department on how to develop data for use in revenue and economic models; and she testified as an expert witness on a Title IX discrimination case in U.S. District Court.

Susan served on the HRDAG Scientific Advisory Committee from 2013 to 2021.