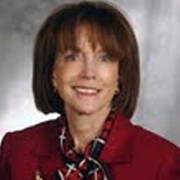 Dr. Chapman began her professional career as a faculty member in the Political Science Department at Barnard College. She then spent several years teaching and conducting applied social science research on development issues at institutions in Ghana, Lebanon, and Kenya. When she returned to the U.S., she assumed a position directing peace, justice, and human rights programs for the United Church Board for World Ministries, the international agency of the United Church of Christ, attended seminary, and was ordained as a minister in the denomination. Prior to her appointment at the UConn Health Center, she spent 15 years on the staff of the American Association for the Advancement of Science (AAAS) as the Director of the Science and Human Rights Program; the founding Director and then Senior Associate for Ethics of the AAAS Program of Dialogue on Science, Ethics, and Religion; and for several years, the Co-Director of the AAAS initiative on Science and Intellectual Property in the Public Interest. She has been on the faculty of the University of Connecticut School of Medicine since July 2006.

While at AAAS, she directed or co-directed a series of projects related to the right to health, the ethics of stem cell research, inheritable genetic modifications, and behavioral genetics. She also worked on a wide range of issues related to economic, social and cultural rights, some in close cooperation with the UN Committee on Economic, Social and Cultural Rights and in collaboration with the UN Special Rapporteur for the Right to the Highest Attainable Level of Health. Until recently she continued to be involved with several UN related initiatives to develop indicators and to improve the monitoring of economic, social and cultural rights.

Among her many committee memberships, she has served on the Committee on Medical Humanities of the Canadian Institutes of Health Research, as a Board Member, of the Society of Christian Ethics, and as a member of the UN Office of the High Commission for Human Rights’ Expert Working Group on the Development of Indicators for Monitoring Human Rights.

Audrey served on HRDAG’s advisory committee for a one-year term, from 2013 to 2014, helping to provide program and financial oversight, assistance with resource development, and supervision of the project’s direction.