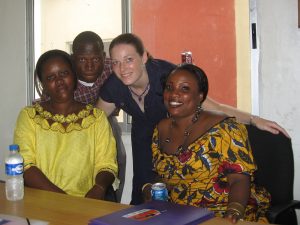 The summer of 2002 in Washington, DC, was steamy and hot, which is how I remember my introduction to HRDAG. I had begun working with them, while they were still at AAAS, in the late spring, learning all about their core concepts: duplicate reporting and MSE, controlled vocabularies, inter-rater reliability, data models and more. The days were long, with a second shift more often than not running late into the evening. In addition to all the learning, I also helped with matching for the Chad project – that is, identifying multiple records of the same violation – back when matching was done by hand. But it was not long after I arrived in Washington that we began planning the move to Benetech in California. Ironically, my move to California occurred by way of a stint in Freetown, Sierra Leone—my first HRDAG field mission.

My work in Sierra Leone involved assisting with our work at the Truth and Reconciliation Commission (TRC) and with the implementation of a household survey, which aimed to document human rights abuses suffered during the country’s civil conflict. I had a lot of adjusting and learning to do: for example, one little boy called out “White man, white man,” every time I passed by. I made a number of rookie mistakes, too. One evening when we needed to work late at the TRC, to spare our driver a late night, I offered to drive the big, white Land Rover back to my hotel and then, the next morning, pick up the interviewers who lived in the same part of Freetown. Driving that Land Rover with a manual transmission, transporting interviewers up one of Freetown’s steep hills in thick morning traffic, I rolled back when trying to advance from a stop and nearly hit the car behind us. My heart racing, I learned on the spot how to start from the handbrake to avoid rolling back again, a skill that came in handy later when I lived in San Francisco for a time. 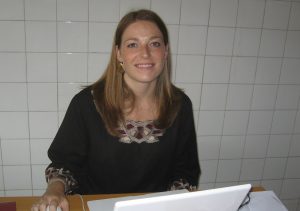 Not long after that, I backed into a deep and uncovered gutter that I hadn’t noticed in the dark and got stuck. A large group of men quickly assembled and managed, seemingly miraculously, to lift the vehicle out of the gutter, sending me on my way. Then there was the food poisoning incident that left me lying on the floor at the TRC; I learned the hard way that a sandwich with mayo in that heat was not a good idea. I also found myself negotiating with vendors in the market for all kinds of materials, such as extra tires, which seemed to need constant replacement due to the rough terrain the interviewing teams had to traverse to locate survey respondents. I also found myself haggling for legal sized paper for the complex survey forms, and food supplies for interviewers to take into the field where there were rarely any hotels or restaurants.

Helping with designing the questionnaire for the survey, I learned that there were specific tools and methods for doing this kind of work. For example, we used cognitive interviewing to test the questionnaire and to maximize the consistency of meaning across the translations of the six major languages spoken in the country. I will never forget my first cognitive interview. The respondent was Mrs. Sesay, who had twin sons named Francis #1 and Francis #2. It was fascinating to hear her story and her thought process as my Sierra Leonean colleague and I asked her questions. Both of Mrs. Sesay’s sons were killed when the Revolutionary United Front attacked her village. Mrs. Sesay was so moved by the process of telling her story that she came back the next day to give us a photo of her two sons.

Observing Mrs. Sesay’s experience, I was moved by the power of providing people with the opportunity to tell their stories. Both the household survey and the TRC statement-taking process did this—while the survey was more structured, the statement-taking process allowed people to tell their stories in their own words. It seemed counterintuitive at first to quantify, so scientifically, the stories of individual people, but I realized eventually that the scientific process helps us understand the stories in a broader context. By quantifying human stories, each one so unique, we helped to understand the magnitude and patterns of human rights abuses in order to establish a historical record of what happened in the country and its human cost.

A couple of years later, when my work in Sierra Leone was finished, I ended up leading our efforts with the Truth and Reconciliation Commission (TRC) of Liberia. My office was none other than the kitchen of an apartment building that served as headquarters. There was not always air conditioning, but I did get a view of the sparkling Atlantic from the small balcony. I advised the TRC on data collection, the design of coding forms and process, and broadly on the use of large-scale data collection and analysis to support their truth-seeking mandate. I was on my own this time, which presented a new set of challenges. I had to gain trust and be allowed to take the oath of confidentiality and begin my work with the coding team. Liberia was more ambitious in terms of quantity coded— thousands of statements—and sometimes the work seemed like an impossible task. But in the end, thanks to an extremely skilled and dedicated coding team, we were able to include more than 17,000 victim and witness statements to help tell the story of Liberia’s violent history and hold the perpetrators of human rights abuses accountable for their actions.

I feel privileged to have done the work I did with HRDAG for many reasons. One of those reasons is that, because of my experiences with HRDAG, I realized that I wanted to specialize in survey methodology in graduate school. I recently received my doctorate in that field from University of Michigan, and I currently work as a Survey Methodologist at the International Survey Operations Division of the Survey Research Center of the Institute for Social Research at the University of Michigan, where I work on a range of projects related to cross-national and international surveys. I’m thankful for my experience at HRDAG and the pivotal moments in Freetown that taught me so much and helped set me on a path to where I am today.