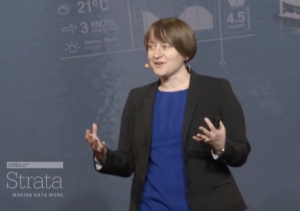 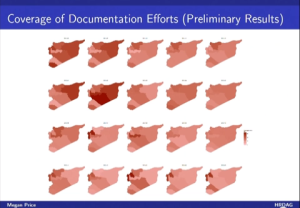 In the talk Megan addressed the perils of data visualization using raw data, which we’ve addressed in a previous blogpost. In short, visualization using raw data runs the risk of allowing people to confuse what’s been observed and reported with the larger truth. (Sometimes, and for many reasons, what’s been observed and reported is only a fraction of the big picture.) The talk concludes with some preliminary estimates about what has not been reported, as well as some mentions of the methods we use in our analysis. To watch the full 10-minute talk, click here.

The talk was very well received. Kudos to Megan!