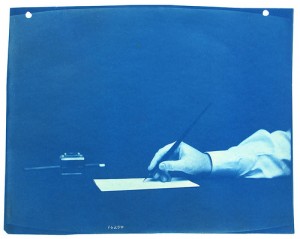 In March 2013, I entered a contest called the California Series in Public Anthropology International Competition, which solicits book proposals from social science scholars who write about how social scientists create meaningful change. The winners of the Series are awarded a publishing contract with the University of California Press for a book targeted to undergraduates. With the encouragement of my HRDAG colleagues Patrick Ball and Megan Price, I proposed a book about the work of HRDAG researchers entitled, Everybody Counts: How Scientists Document the Unknown Victims of Political Violence. Earlier this month, I was contacted by the Series judges who told me that Everybody Counts has been selected from more than 60 proposals as one of two winners of the competition. I look forward to working with the Series editors, Dr. Rob Borofsky, Director of the Center for a Public Anthropology and Professor of Anthropology at Hawaii Pacific University, and Naomi Schneider, Executive Editor for the Social Sciences at the University of California Press.

Ann Harrison is the winner of the Social Science Scholars Grants Award.

Everybody Counts will tell the story of how HRDAG analysts produce scientifically defensible evidence to hold government authorities and other perpetrators accountable for crimes against humanity. It will describe how these investigators invent and extend scientific methods that allow them to frame research questions and conduct accurate analysis of mass killings, disappearances and other violations in El Salvador, Guatemala, Kosovo, Timor-Leste, Liberia, Colombia, and Syria. Structured as a series of case studies, Everybody Counts will be an engaging and informative text for those who teach social science methods. This book will help readers learn how to generate hypotheses with available data and pose answerable questions that serve a useful purpose within the context of large-scale conflicts.