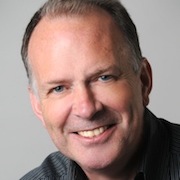 Nicholas is a Fellow of the American Statistical Association, the Institute of Mathematical Statistics, and the American Association for the Advancement of Science. He received the 2012 Marvin Zelen Leadership Award in Statistical Science from Harvard University. He is the 2005 winner of the Snedecor Award from COPSS, and he won the Distinguished Teaching Award from the University of California, Berkeley’s School of Public Health in 2004. In 2000, he was honored by the Director’s Award from the Federal Emergency Management Agency for providing “extraordinary leadership and vision in implementing strategies that enhance the disaster resistance of the University of California, Berkeley, and universities throughout America.” In addition, the 2005 Alfred E. Alquist Award was given to UC Berkeley’s SAFER program, which he launched and led for many years.

He has been involved with HRDAG since 2010, and has enjoyed many collaborative engagements with investigations that focused on the counting of civilian casualties in times of conflict. He is currently jointly developing an undergraduate course at UC Berkeley on quantitative methods in human rights that will be a component of the Human Rights minor.

Nicholas served on the HRDAG Scientific Advisory Committee from 2013 to 2021.